Last time my server bases on Debian was several times attacked by bad guys bia linnuux viruses on malware. To fight with them there's an utility Linux Malware Detect (LMD). So I copypaste some info not to search it but just open the page.

Linux Malware Detect (LMD) is a malware scanner for Linux released under the GNU GPLv2 license, that is designed around the threats faced in shared hosted environments. It uses threat data from network edge intrusion detection systems to extract malware that is actively being used in attacks and generates signatures for detection.
Installation Steps 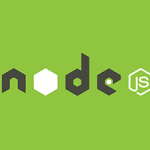